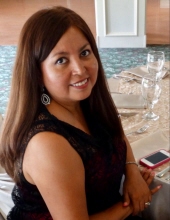 Beatriz Rincon Gonzales joined her parents and brothers in Heaven, April 30, 2020. She was born June 20, 1960 to Isabel and Elvira Rincon in San Antonio, Texas. Beatriz met the love of her life at 19 years old, Pedro E. Gonzales, Jr. Over the course of the next 40 years, they remained inseparable and enjoyed many hobbies together. One of their favorite past times was riding their Harley Davidson motorcycles. She also loved spending time with her children and grandchildren every chance she had. Beatriz was one tough chick; she never wavered and demonstrated great strength and faith throughout her battle with brain cancer. Beatriz was a committed parent, a wonderful example of loving partnership in marriage, a great friend and the epitome of strength. Beatriz is preceded in death by her parents; brothers, David Rincon, Juan Rincon and Jose Rincon. Left to cherish her memory is her husband of 40 years, Pedro E. Gonzales, Jr.; sons, Pedro (Rosalie) Gonzales III, Steven (Angela) Gonzales and Justin (Joann) Gonzales; grandchildren, Elizabeth, Gabrielle, Makayla, Alexandria, Emily, Arianna, David, Allie and Justin Jr; siblings, Suzie Lozano, Adela Vitela and Gloria Rincon. She will be dearly missed by her family, friends and all those whose life she touched.