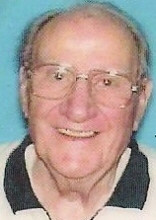 Ben Pucci, my wonderful dad, born January 26, 1925 passed away July 8, 2013. He was a truly great man. He never had a bad word to say about anyone, and never knew a stranger. Anyone who knew him loved him. His faith was so strong and carried him thru his fight with cancer. He will always be remembered for his pro football career with the Cleveland Browns and Buffalo Bills, by most. But for me he was the perfect dad. We will miss him so much. He is preceded in death by his wife, Shirley, his sons, Ric and Guy Pucci, his brothers Ossie and Sylvio Pucci. He is survived by his daughter, Rise Pucci and son in law Herschel Flagg, his grandchildren Kandis Mekenna Flagg, Merridith York, Chris Pucci, Shaina Pucci, and Rick Flagg. Great grandchildren, Tana, Kiley, Dylan York, and Maddy and Aidan Flagg. A Rosary will be recited, 9:30 am, Saturday, July 13, 2013 at the Prince of Peace Catholic Church on 7893 Grissom Rd. Funeral Mass to follow at 10 am. Interment will be held at Mission Burial Park North.