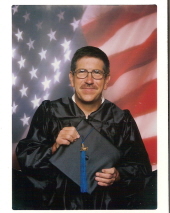 Claude Wiley Dixon of San Antonio, Texas went to be with his Lord on Thursday, April 19, 2018 surrounded by his family and friends. Claude was born in San Antonio, Texas on November 8, 1957 , he was the second child of Benjamin and Dorothy (Brooks) Dixon. He attended schools in the East Central School District. Claude came to know the Lord as a child attending both Harmony and Glory Bound Churches. Claude was an ever present figure in both school and church choirs and bands. He developed a love of travel and became a commercial driver of limousines, both school and charter buses. His hobbies included building computers and earning a degree in Electronics Engineering Technology. His preference for music was gospel or country. He became a sought after dance partner and was the "go to" person for where one could enjoy live country bands. Claude's personality was magnetic and his demeanor was kind, trusting and big hearted. He knew no strangers as everyone became his friend. He is preceeded in death by his parents, Benjamin and Dorothy Dixon; sister, Mary Lou Potter; brothers, Benjamin Dixon, James Dixon and Richard McCombs. He is survived by his children, Ashley and Nathan; his brothers, Wayne and wife Sue McCombs and Ara and his wife Donna Dixon along with numberous aunts, uncles, cousins, nieces, nephews and a host of friends. Claude was a devout Christian and servant of our Lord.