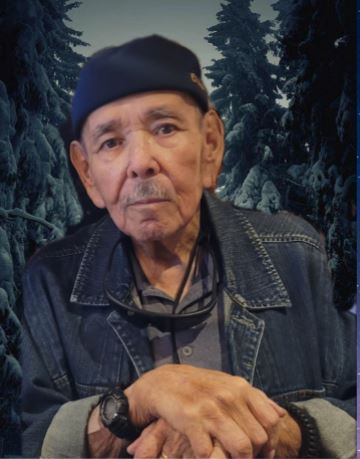 Ernest Oscar Martinez, known lovingly as “Marty” departed this life on April 28, 2022 surrounded by his family. He was born to Oscar Ernest and Maria Artemis Martinez in San Antonio, Texas on March 03,1942.

Ernest was a loving husband, who married the love of his life, Renita, on the 30th of June 1972 while stationed in Germany. He was also a great father, who raised his children to have good morals and values, as well as to never stop pursuing their goals in life. Ernest retired from the army in 1987. 1st SGT Martinez served his country for 26 years in the 182nd Airborne Ranger of the Army, for which he was awarded several medals of honor during his time serving. Marty had a great sense of humor and there was never a dull moment with him. He was a role model for his children and grandchildren. “Grandpa” was his favorite title and he wore it well. Family first was his motto. He will be dearly missed by all whose lives he left an imprint on. He is preceded in death by his parents, Oscar and Maria Martinez and his grandson, Mario Martinez, Jr.