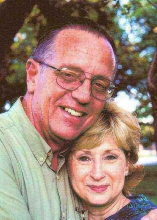 Francis Dale Lear went to be with his Lord and Savior on Tuesday, May 20, 2008 at the age of 58. He was born on June 17, 1949 to Lewis and Helen Lear. He was preceded in death by his loving father, Lewis Lear; brother, Delton Lear, and father-in-law, Gilbert Elvis Owen. He has lived in the San Antonio area all of his life. He accepted Jesus as his Lord and Savior at the age of 19, and has lived a Christian life since. He surrendered to the Ministry at the age of 39. He has been a pastor of Raven Hill Baptist Church and Houston Terrace Baptist Church. He taught at Highlands High School for 10 years and at East Central for 14 years until he was diagnosed with Alzheimer's. He is survived by his mother, Helen Lear; brother, Morton; the love of his life and best friend and wife, Lois Owen Lear; his sons Bryan and wife, Karey and Jeremy and wife, Marla; his two wonderful granddaughters that he loved very much, Emma and Kailey Lear and by a cousin that he loved like a sister, Laura Respondex and her family; mother-in-law, Thelma Owen and by two brothers-in-law and 3 sisters-in-law, as well as nieces and nephews. The family would like to express their appreciation for the care given to Mr. Lear by Country Care Manor Nursing Home and by Odyssey Hospice of San Antonio. Visitation will be held from 12:00 PM to 1:30 PM on Thursday, May 22, 2008 at the Salem Sayers Baptist Church in Adkins. Funeral services will follow at 2:00 PM at the church with Brother Bret Edwards officiating. Burial will immediately follow at Salem Cemetery. In lieu of flowers, memorial donations may be given to the Alzheimer's Association or to the Salem Sayer Baptist Church in Adkins, Texas.