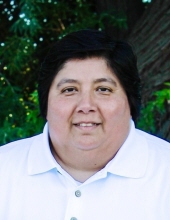 Irene Gonzalez, age 53, passed away October 28, 2019 in San Antonio, Texas. She was born and raised in Moses Lake, Washington, October 15, 1966 to Jose and Maria Gonzalez. As a very smart young lady, she attended school in her home town and graduated with honors. After high school, Irene moved to San Antonio, TX and made a home for herself. Eventually, she made a career for herself working at HEB Grocery Company for over 20 years. She loved taking road trips to various different places and frequently drove to Moses Lake, WA from San Antonio to visit her family. Other places she loved to drive included; Crystal City, TX, Corpus Christi, TX, Reno, NV, etc. Irene also enjoyed camping at Sun Lake Resort (WA) for the week to spend with family. She also loved the “late night fire pit sessions” at her brother, Jose’s house. She loved going out to the movies with “the girls.” Irene Gonzalez was a wonderful person who touched many lives. She is preceded in death by her brother, Alejandro Gonzalez and grandmother, Maria Villareal De Gonzalez. Irene is survived by her best partners and friends, Christina Pons and Juanita Rodriguez; son, Enrique Rodriguez; daughters, Veronica Rodriguez and Maribel Irene Rodriguez; parents, Jose and Maria Gonzalez; brother, Jose Gonzalez Jr. (Ida); sisters, Brenda Gonzalez, Beatriz Hernandez (Roberto) and Elizabeth Moreno (Jose); and beloved pets, Rabbit, Bitey, and Grand Pup, Sassy. 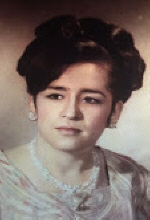 Irene Gonzalez, born July 4, 1948, passed away May 11, 2016, peacefully in her home. Irene was a beloved wife, mother, and grandmother who was an avid gardener and she enjoyed religious studies and singing. She was preceded in death by her father Rosendo Nieto and mother Maria Vega and her brother Jesus Nieto. She is survived by her husband Felipe A Gonzalez and her children Violeta Gonzales, Stephanie Gonzalez, and Guillermo Gonzalez, and her grandson Nathan S Fabela. The family entrusted funeral arrangements to Meadowlawn Funeral Home & Crematory and upcoming church services will be held at St. Mary Magdalen Catholic Church.