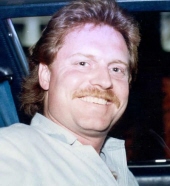 Lance LeCompte, a lifelong resident of San Antonio, died Tuesday, 29th of March, 2005. He was born on February 14, 1955 at Baptist Memorial Hospital. Lance was a graduate of Thomas Jefferson High School Class of 1972 and received his BA degree from Southwest Texas College, San Marcos in 1979. Lance is survived by his mother and stepfather, Carole and James Darland of Kerrville; former wife, Eletisia; daughters, Lauren and Leylan; son, Garret; brother, Ronald LeCompte of Portland, OR; and sister, Rhonda Horrall of Jacksonville, FL. To leave a note for the family, go to www.meadowlawn.net and Select Obituaries. Arrangements by Meadowlawn Crematory and American Mortuary.