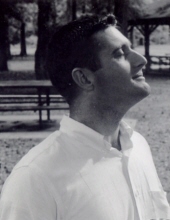 Glenn Briley October 23, 1936 - January 1, 2019 Surrounded by his loving family, Glenn Briley passed away peacefully on January 1, 2019 at the Audie Murphy VA Hospital in San Antonio, Texas at the age of 83. Lennon Glenn Briley was born in 1936 to Lyman and Lillie Dell Briley of Greenville, North Carolina. At an early age, he discovered a love of music when he mischievously crawled under an African American church in Greenville to listen to the church choir. The music never left him. He began playing drums in junior high school. A band director there recognized Glenn's immense talent, and helped him buy a set of drums, an enormous undertaking given his family's modest means. In high school, Glenn traveled around North Carolina, playing with college dance bands, which was a source of numerous, sometimes scandalous, stories, which he loved to share. Glenn stayed in contact with his band director, who he affectionally called Uncle Henry, until he died. Glenn played those drums for the rest of his life as a working jazz musician. After graduating from Greenville High School, Glenn enlisted in the Air Force. He was stationed at Barksdale AFB in Shreveport, Louisiana, where he met and eventually married Jane Powell from nearly Queen City, Texas. Together they had two children, Lisa and Len. After completing his service commitment, he moved back to Greenville and received a degree in music from East Carolina University. Glenn was the first person in his family to get a college degree, something he was immensely proud of. After college, Glenn and his family moved to Texas, eventually settling in his beloved San Antonio in 1967. While he had a day job as a pharmaceutical salesman, he continued to work as a musician at night. He was well known and respected in the San Antonio music scene in the 60s and 70s, regularly playing at The Tropicana Hotel, among other venues. He left San Antonio in the late 1970s to live in Houston, where he continued to play in several jazz trios and big bands. Eventually, as he neared retirement age, he moved to Canyon Lake, Texas, to be closer to his two children. Glenn had a love and passion for life, and an endearing smile. He loved golf, a nice scotch and water, North Carolina Tarheel basketball, and dogs (especially Ella, his beloved Golden Retriever named after Ella Fitzgerald) - not necessarily in that order. More than anything, he loved his friends and his family, who will miss him dearly. He is survived by his two children, Lisa Briley Larralde and her husband, Xavier, and his son, Lennon Glenn Briley, Jr. and his wife, Jan. He is also survived by his grandchildren, Tiffany Keithley and Laura and Olivia Briley; as well as his great grandchildren, Colbee and Cash Keithley. He is survived by his only sister, Carolyn Fields of Goodview, Virginia. Glenn is preceded in death by his parents and his grandchildren, Tyler Hintz and Grace Briley. A funeral service for family will be held at St. Mark's Episcopal Church on January 11, 2019. His remains will later be buried at the Fort Sam Houston National Cemetery in San Antonio