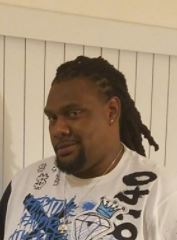 Our beloved husband, father, brother, uncle, and friend entered into eternal rest on March 2, 2022 at the young age of 37. He was born on November 23, 1984 in San Antonio, Texas to parents: Milton C. James and Verina Thompson.

Tre met the love of his life, Shawnelle Butler in 2015. The two shared a union of 8 years and had 1 child together. He was the most loving and family-oriented man who had a heart of gold. He would give to anyone who he knew was in need. The love he had for his family was unmatched.

Tre also had a passion for cooking. He was currently working as sous chef in the restaurant industry, where he focused on perfecting his cooking skills. He had aspirations of opening his own food truck, titled “A Little of Nuthin”; serving vegan soul food.

In his spare time, you could always find him telling jokes , and ensuring you a good laugh. He always made sure you’re your spirits were lifted. Tre was also an avid gamer. His memories will be kept alive and forever cherished by his family and friends.