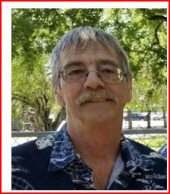 Steven Mika was born on April 1, 1958 in Fort Polk, Louisiana to Aloys and Gertrude Mika. He went to be with his God in February 2018. He was preceded in death by his father, Aloys. Steven is survived by his son, Corey; his mother, Gertrude; his siblings: Sr. Susan Mika OSB (and the Benedictine Sisters), Michael (wife - Carrie), David (wife - Tricia), Jeanette (husband - Ken Urbanczyk), Joseph (wife - Amanda), Ronald (wife - Laura), Joan (husband - Frank Noland), Marty (wife - Anne). He is also survived by numerous nieces, nephews, cousins, colleagues and family friends. Steven attended grade school at St. Benedicts Catholic School and graduated from St. Gerards High School in 1976. He enjoyed playing golf and baseball. He rooted for all of his favorite sports teams - the Spurs, the Dallas Cowboys and the Houston Astros. When the NFL Channel first carried Thursday night games, he got it and invited family over to join him watching the games. He enjoyed endless hours of games and puzzles - chess, bridge, dominos, pinochle, spades, poker … all games of competition. Steven was a devoted father to Corey. He was so proud of all of Coreys achievements and adventures. He and Corey participated in seven Chess Tournaments - Steven placed first in the very first one he played in. He loved all the family gatherings for holidays and special occasions, taking great delight in seeing everyone. He and Corey were the first to arrive to help and often, among the last to leave. He was an avid gardener and composted and recycled meticulously. Steven worked with Spectrum Lighting at a time when the Toyota Plant was being built in San Antonio. He took great pride in bidding the contracts to facilitate the lighting in the plant which has become an important fixture in the San Antonio business community. Steven had the idea of doing a Golf Tournament for St. Benedicts in 2000. (He said he and his friends had done one for St. Gerards earlier and it went okay.) He ran the tournament himself for three years. It is still going strong - the Eighteenth Annual one will be held next month. He was still advising us on all things golf. In lieu of flowers, the family requests donations be made to: St. Benedict's Golf Tournament, P.O. Box 201000, San Antonio, TX 78220.