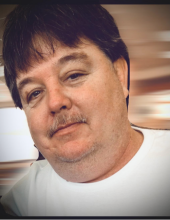 Thomas Hugh Adair, Jr. or “Tommy” as he was affectionately known passed away January 21, 2021 in San Antonio, Texas. He was born in Victoria, Texas April 3, 1964 to Thomas Adair and Laura Henry. Tommy was a Christian and has returned to his Heavenly home (he is having a good day with Jesus). He enjoyed cooking, fishing, laughing at his jokes, and spending time with his family and his dog, Sandy. As a young boy, his dream was to become a veterinarian because he loved animals. Dolphins were on the top of his list, as well as his love for dogs. Later in his life, he wanted to work with marine life in particular dolphins. Tommy was a huge fan of the Miami Dolphins and the San Antonio Spurs. He loved sports, football, basketball, baseball and NASCAR were a few of his favorites. Tommy was a long time resident of San Antonio and graduated from Douglas MacArthur High School. Left to cherish his memory are his father, Thomas and wife, Paula Adair; mother, Laura Henry Wavra; children, Shelby Adair, Madison Adair, and Jacquelynn Adair; brother, Randy Adair; grandchildren, Landon Romero, and Isla Romero; his beloved pet, Sandy; many nieces, nephews, cousins and friends. Tommy was passionate about his children and grandchildren. He was dedicated father and grandfather, spending as much time as he could with them. He was always there for each one of them, if and when they needed him. Grave side services are pending. In lieu of flowers, donations can be made to your local animal shelter in memory of Tommy.