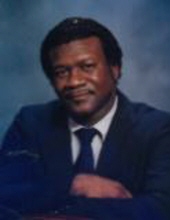 Timothy Lawrence Sessions was born in Somerville, Massachusetts on April 4, 1947. There were four children in that union; James D. Sessions Jr. (preceded in death) and Marcie B. Allen-Sessions; Gloria Sessions, James D. Sessions III and Bonita A. Sessions.

Timothy was raised in San Antonio by Rev. Earnest Roberts (preceded in death) and Marcie B. Roberts. Tim was baptized and united with a church at an early age.

Tim worked at Brooks Airforce Base library as a clerical tech for twenty years.

Timothy was a strong, loving man who always made those around him laugh through his jokes. He enjoyed spending time with his family and especially his dear grandchildren. He will be forever cherished in our hearts.

He was preceded in death by his father: Earnest Roberts.