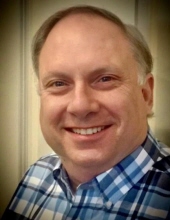 Wayne Arthur Casson, age 78, of San Antonio, was called home to his Lord Jesus on June 29, 2021. Wayne was born on March 18, 1943 to Kenneth and Hazel Casson. He was a 1961 graduate of Lamar High School in Houston, and graduated from UT Austin in 1965. Wayne then continued to pursue his education, graduating from St. Louis Dental School in 1972, with multiple degrees. He used that knowledge and expertise to serve the community of Del Rio as an orthodontist for over 40 years, and after retiring to San Antonio continued to work part time for other orthodontic practices. Wayne truly loved his profession which meant he never worked a day in his life. Wayne is deeply loved and celebrated by his wife of over 26 years, Dianne, of San Antonio. He is survived by his three sons Chris Casson (Jana) of Houston, Chad Casson (Jessica) of Ruidoso, and Chase Casson (Amy) of Encinatas, CA, and their mother Rosemary Casson of Del Rio, as well as four stepdaughters. They are Susie Starr, Shelbie Cannon (Mike), Shannon Starr Butler (Jason), and Shari Burrows (Sherman). He is lovingly remembered as “Paw Paw” by 16 precious grandchildren. Wayne had a passion for Amateur Radio, which he began practicing at the age of 13, and was known throughout the world by the call sign K5KES. He loved hunting, race horses, his beloved dogs, and Rush Limbaugh. He worshipped faithfully at Cornerstone Church, be it in person or live stream, and particularly enjoyed the music. With all of his accomplishments, Wayne was most known for his quick wit, his contagious smile, and his ability to bring laughter to those around him through his favorite one liners such as “All Skate”, “Chip Chip”, “E Pluribus Unum”, and “Unnnnnbelievable!!!”. He will be affectionately remembered for his kindness, generosity and loving spirit. He was just the best! A remembrance service will be held to honor Wayne on Friday, July 16 at 11:00 am at Cornerstone Church , 18755 Stone Oak Parkway, San Antonio. Should you desire, memorial gifts may be made to the Sanctuary of Hope in care of Cornerstone Church.