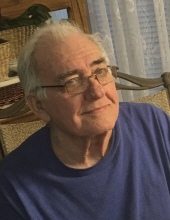 William David Collins, 83, went home to be with the Lord peacefully surrounded by family on Wednesday, December 4, 2019. Bill was the rock of his family being a loving husband, father, and grandfather. He was born in Russellville, Alabama, but was raised on a farm in Arkansas. A true country boy, he was taught the value of hard work at an early age as he was responsible for picking cotton every morning throughout his childhood. He later took his hardworking spirit enlisting into the U.S Army. During his 20 years in the military, he met and married his beautiful wife Ilse in Germany (1963). Bill fathered 3 children, eventually retiring in Hephzibah, Georgia. He also served 20 years with Civil Service as a teletype instructor. Serving 40 years for our country. He retired and was regarded as an incredible teacher going above and beyond for his students. Bill was known to all as the type of man to fix and tinker with anything he could get his hands on. With a cigarette perched in his mouth, he enjoyed gardening and working outside in his shed. Bill eventually found his way to San Antonio, Texas, where he would spend the rest of his days with his family. He found pleasure in the simpler things, enjoying relaxing morning breakfasts at Denny’s surrounded by his loved ones. Bill is survived by his wife, Ilse Collins, and children, David Collins, Mary Garcia, and Janet Barton. Also survived by his 7 grandchildren, Whitnie Knutson, Kasie Barton, Brandi Hall, Ilissa Garcia, Lexi Barton, Randy Collins, and Jessica Garcia. Bill was a strong and noble man and will be loved and missed by so many.