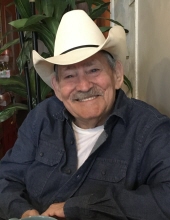 Willie went to be with the Lord on October 22, 2021 after suffering several strokes. He was born in San Antonio, Texas on July 21, 1938. He was a Dad to David Schulz (Chrissy), Cozette Moyers (Randy), Susan Stephenson (Ricky Swift) and Bobbi Schulz-Bragg (Ted). He was a brother to Cynthia Heatherly (Ray), an uncle to many nieces and nephews. He also had numerous grandchildren and great-grandchildren that were very special to him. He also had many cherished friends. He is preceded in death by his parents: Willie Schulz Sr. and Viola Anderson, a brother David Schulz and two sisters: Imogene Jenschke, and Willie Mae Varner. Willie had a zest for life. He started his own business, “The Country House Doctor,” which continued for 30 plus years. He also enjoyed performing and had friends and family that joined him and made up the Texas Professional Gunfighters. They performed at many events in Texas, from HEB picnics to Night in Old San Antonio, and many more. He also enjoyed raising chickens, turkeys, and longhorn cattle. Willie was surrounded by loved ones who will strive to honor his memory by living their lives to the fullest. To leave a note for the family, please visit the The guestbook at www.meadowlawn.net Arrangements with MeadowLawn Funeral Home 5611 E. Houston Street San Antonio, TX 78220