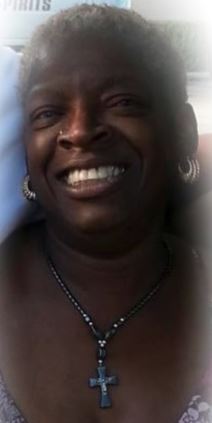 Our beloved wife, mother, grandmother, sister, and friend, Anita Johnson, affectionately known as “Nita”, entered into eternal rest on February 13, 2022 at the young age of 65. She was born in San Antonio, Texas to parents: James Artha Baldwin and Charlesetta Spencer Baldwin on January 7, 1957.

After graduating high school, she attended college at Texas Southern University and Prairie View A&M. Nita enjoyed working at Rosewood Rehabilitation Center where she retired after 22 years of service.

She married Rafael Johnson Sr. in September of 1979. During their 20-year union two children were born, Rafael and Anitra Johnson.

Nita was deeply loved by all of her family and friends. She was known as the “life of the party” anywhere she went and being with family was always important to her. Her legacy will be carried on through her family as she will be cherished in our hearts forever.

She is preceded in death by her father: James Artha Baldwin, and her brother: James Baldwin Jr.

She leaves in her memory, her partner, Clifford Davis, her two children: Rafael Johnson Jr. and Anitra Rochelle Johnson, her mother: Charlesetta Baldwin, her sister: Charlotte Fowler, her brother: Gregory Baldwin, her daughter-in law: April Johnson, her grandchildren: Kenyon C. Johnson, Jordan A. Johnson, Aliyah Johnson, Aubrey Johnson, Guliana Johnson, Amarion Brooks, and Kevin Wordlaw, who affectionately called her “Boo”; aunts, uncles, a host of nieces and nephews and numerous other close relatives and friends who will truly miss her.