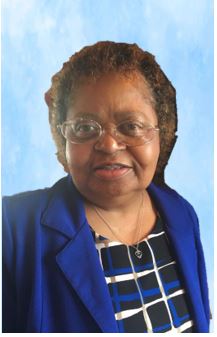 Our beloved daughter, sister, aunt, and friend, affectionately known as “Mae”, entered into eternal rest on June 11, 2022 at the young age of 71. She was born to the union of Martin Christophe Jr. and Mable Christophe on June 15, 1950 in Ventress, Louisiana.

Annie was the fourth sibling of seven children. She graduated from Rosenwald High School in New Roads, Louisiana. Two years after her graduation from high school, she moved to San Antonio, Texas to live with her sister Lula and help her care for her two daughters Eula and Kimberly Williams.

Annie then decided to attend Our Lady of the Lake University where she graduated and received her Bachelor’s degree in Liberal Studies.

She devoted her life to caring for children, and was employed as a Teacher’s Assistant at Inez Foster Elementary School (SAISD) until her retirement in 2016 after 32 years of service.

She was a smart, strong-willed woman. After retirement, she continued to work part-time at Dorie Miller Elementary School in the after-school program until she became stricken with abdominal cancer. After receiving treatment, she was in remission for about a year before her cancer returned.