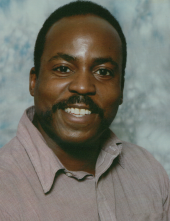 Goodbye Gentle Soul! Marvin Gaye once wrote “music is the soul of the man.” A smiling face, tenor voice, playing the piano and writing songs. Arthur Elliott Council had his music! Born December 14, 1953 in Valdosta, GA. He was the last of five children born to Sheila Yearby Council. His family moved to Detroit, MI in 1956, and later to Highland Park, MI where Arthur would graduate in June 1972. In school, he ran track and played football. During his last years in high school he worked after school and sang as a member of a local group called the “Kindred Spirits” to support himself. As a lover of music and a gifted singer, an after school gig such as this was not a burden but a joy. After graduating, much to his dislike, factory work would become the way in which Arthur earned a living. Recognizing that factory work, though highly regarded, was not for him. In 1982, Arthur began an eight-year hitch with The United States Navy serving on the USS Canisteo reaching the rank of a Petty Officer Third Class. After receiving an honorable discharge, Arthur settled in Jacksonville, FL where an opportunity to return to the work he enjoyed would come his way. Arthur embraced the opportunity to serve as on-air Country-Western personality Don Stevens at Clear Channel Communications for 14 years. Recognizing that he could not navigate life alone and in response to spiritual thirst he sought to quench, Arthur was baptized again in the late 1970s’. He needed the help of our Heavenly Father. He joined several churches, but none seemed right. So, he read and studied his bible daily alone. Through his devoted personal study, he found the spiritual comfort and guidance for which he had been searching. Arthur’s big friendly smile, his singing and gentle, generous heart is missed already. He departed this life on Saturday, February 8, 2020 in San Antonio, Texas. Arthur is survived by his children Marlette, Damon, Bryant, Brian, Aris, and Arin, as well as host of several grandchildren. His surviving brother William and sister Shirley (Frederick) also hold cherished memories of their brother and best friend. Arthur was preceded in death by his mother Sheila, sister Louse and brother Freddie. As the Lord stated, not our will by thou will be done-