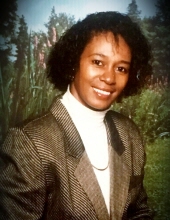 Billie Victoria Wells went to be with the Lord Tuesday, July 16, 2019 at the age of 76 years. She was born in Petersburg, VA on April 8, 1943 to the late Benjamin and Pearl Livingston. She was a loving and compassionate wife, mother and grandmother. Billie loved spending quality time with her children and grandchildren, she served her church community, had a passion for cooking and cared for others. She is preceded in death by her husband, Robert “Bob” E. Wells; sister, DeLoris Gunn; and granddaughter Sabrina Nicole Chapman. Billie will be dearly missed by her children, Vincent R. Chapman, Kenneth M. Chapman, Curtis M. Chapman and Lisa L. Chapman; grandchildren, Curtis II, Donavin, Vincent Jr., Forester, Lazarus, Malik, Brandon, Christopher, Jayden and Victoria; 5 great-grandchildren; sister, Maxine Robertson. In addition, she leaves behind a brother-in-law and daughters-in-law; Joseph Lee Robertson, Tricia Chapman and Gloria Chapman.