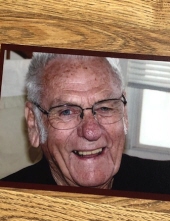 Calvin W. “ Sonny “ Adams, passed away Thursday, June 13, 2019 at the age of 87 years in San Antonio, Texas. He was born in Stockdale, Texas November 27, 1931 to Gladys and John Adams. Calvin served his country in the US Marine Corps during the Korean conflict. He retired from Civil Service Kelly AFB in 1988 after 38 plus years of dedicated service. After retirement he became an avid Cruiser, traveling all over the world. He enjoyed square dancing and was a Master Mason of Lodge # 1213. Sonny is preceded in death by his wife, Jean Adams. He is survived by his children, Billy Ray Adams and his wife, Kathy and daughter, April Caleen Smith; companion, Mildred Geigenmiller and her family; grandchildren, Shane Adams, Nikki Yow, Amber Cordova, Lindsey Shelton and Amanda Shelton; great-grandchildren, Taylor, Tori, Jaxon, Madison, Tate, Brody, Haze, Ryan, Jay, Jessa, Jenna, Taylor and Jackson; also numerous nieces and nephews.