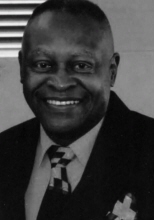 Captain Ben William Caesar, a Texas native, was born on May 5th, 1938 to Jane Tennin Caesar Carroll and Jimmie Dee Caesar. He spent 27 years in the Marine Corp, and though he retired, with honor, he never stopped being a Marine. The pride and poise that the Military instilled in him would be a part of his character for the duration of his life. After the military, he went on to become a Sheriff and a Business Owner. He is survived by a big, loving, family, including his son, Benjamin William Caesar Jr., and daughter, Ava Lorde Harris. Ben was blessed to live for 80 years, which he constantly expressed gratefulness for, and exited the world, gracefully.