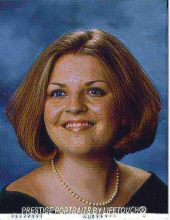 My dear Theophilus, this is a very sad day for my family. Last night we found out that our daughter Cara was killed in an auto accident in San Antonio. I would like to wax poetic, or say something really profound in this note, but it is not in me today. Both Susan and I are in a state of shock. I am grateful to our Lord Jesus though, for one gift he gave us this week. Any of you all that have children know that there are times when you become angry with them. Sometimes heated words are exchanged. This is especially true when that child is a teen or young adult. It is made all the more intense when it concerns the subject of money. Cara was living with her sister near San Antonio. Her plans were to move to Stephenville, Texas today. She was cutting the cord and planning on being a real live, independent adult. Subsequently the subject of money was coming up more and more in our conversations. Several times in the last couple of weeks, the subject of money fueled some fairly intense debate, such as: 'Let me have some money' 'No' 'Let me have some money' 'No' 'Let me have some money' 'No' I will leave it to you to figure out who said what in our conversations. Feelings were stressed and our worry level was rather high, but this past week the Lord seemed to be in a healing mood. Cara was feeling a bit hopeless because she had gotten herself into a mess that would cost about $500 to fix. I had told her that I was not going to bail her out of this one and she would have to live with it. She said some things that do not bare repeating. I responded in kind. Just call me Mr. Softy because on her birthday, Dec.4th, I gave her the money. That day when I was sure she had gotten the money, I was about to call her and give her a great lecture when the Holy Spirit took a hold of me. He whispered in my ear, It is her birthday, forget it.' She had just found out about the money when she picked up the phone, and she was delighted. I did not want to bum her out, so all I said was,'Happy Birthday Honey, be good and enjoy yourself.' That was it. This time I did not lecture her, or admonish her in any way. The next day I called her and told her I would help her move. This again delighted her and our conversation was very pleasant. I said this was a great gift of the Spirit, because she and her mother were in similar circumstances. The morning she died, Cara called her mother and apologized for having course words with her in their last several conversations. They talked and made amends. I have heard of people riddled with guilt because their last conversation with their loved one was a fight or something like that. I am so grateful to our Lord for mending those fences before she was killed. As they say, 'GOD IS GOOD, ALL THE TIME.' I am told by many of my clergy friends that the most requested scripture at funerals is the 23rd Psalm from the King James Version. Aside from its great value as scripture, I personally feel it is one of the greatest English poems ever written. So with that in mind, I offer it as a prayer for Cara Rae Overton, 21 years and 4 days old. She died sometime between 6:30 and 7: P.M. at the corner of Loop 1604 and Blanco Springs Road in an auto accident. She was on her way to a Spurs game, and as far as we know, reconciled with our Lord and her family, content and happy with a hopeful future. God Bless her. The LORD is my shepherd; I shall not want. He maketh me to lie down in green pastures; he leadeth me beside the still waters. He restoreth my soul: he leadeth me in the paths of righteousness for his name's sake. Yea, though I walk through the valley of the shadow of death, I will fear no evil: for thou art with me; thy rod and thy staff they comfort me. Thou preparest a table before me in the presence of mine enemies: thou annointest my head with oil; my cup runneth over. Surely goodness and mercy shall follow me all the days of my life: and I will dwell in the house of the LORD forever. 23rd Psalm King James Version !!!!Amen and Amen!!!!