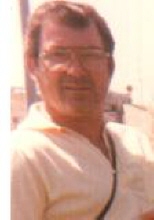 Carl Jackie Schroat passed away on Thursday, December 24, 2009 in San Antonio at the age of 69. Carl was preceded in death by his father and mother, Carl F. Schroat and Doris Dowlearn, and by his brother-in-law, Ronnie Gardner. He is survived by his beloved wife of 49 years, Bobbie; two sons, Richard and wife, Kim and Danny and wife, Stephanie; grandchildren, Tanner, Zachary, Lindi, Ashley, Audrianna, D.J. and Stephanie Lea; brothers, Charles Vandergriff and wife, Carol, Robert Vandergriff and wife, Sandra; step-mother, Faye Schroat; step-brother, Jack Hutchins and his family; sister-in-law, Elaine Gardner; aunt, Era Schroat; life-long friends, Richard and Clara Rechner. In addition, numerous nieces and nephews survive Carl as well. Carl will be remembered as the life of the party. His wishes were no tears, no flowers and lots of laughs and good memories.