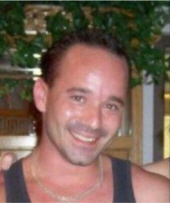 Carl William Rick III, 43, died suddenly at home December 21, 2017. He was born May 25, 1974 in Nashua, N.H. He is survived by his loving family: parents, Barbara A. Fuller and Carl W. Rick, Jr.; step-father, James H. Fuller; son, Dillon M. Rick; sister, Jodi L. Poujardieu; sister, Mary E. Skekel and husband, Ted; brother, M. Bradford Rick and wife, DeLeene; step-brother, David S. Fuller and wife, Laura; step-sister, Alyson D. Woolley and husband, Kenny; numerous cousins, nieces and nephews, plus his lifelong friend from childhood, Scott Purcell and wife, Christina. Growing up, Scott was like a third son in our family. Carl, or "Rick" as he preferred to be called, was known to many as "my computer guy," having owned his own business, building and repairing computers for individuals, as well as designing and setting up local and wide area networks for small businesses. Rick was also a person of perseverance. At the tender age of 10, when he tested for his brown belt in karate, he was determined to win the big prize for "Best Student of the Day." Over 200+ students, ages 4 to 50, were all giving it their best effort. Towards the last of the required exercises, Rick was literally foaming at the mouth from exertion, yet every move remained sharp and precise. The judges paused several times during the exercises, asking if he wanted a break. Rick refused, soldiering on. I don't have to tell you who came home with the big prize that day. Rick truly had a loving heart, but most people don't know that he also had a beautiful singing voice. He had the lead in his fifth grade Christmas show, "Pooh Bear," and gave a "break a leg" performance! Rick showed his love for his "Mama Bear" by singing it for me anytime I asked, and he sang it in his original 10 year old voice, because he knew it made me happy to hear my "Baby Bear" sing. Rick also inspired enthusiasm. Small for his age, he was a fierce soccer player. No one could forget how one mother, who had a soccer son of her own on the same team as Rick's, would run up and down the sideline, following Rick on the field shouting, "Kill 'em, Rick! Get 'em!" To stop her, the coach told her she had to stay in the bleachers or he was going to bar her from the game. Rick clearly inspired enthusiasm! Rick is best remembered as sharing the gift of laughter and true optimism with all. He always had a ready laugh, making him a truly fun person to be around. He was one to take the high road, scarcely ever uttering a negative word about anyone. Rick was blessed with that wonderful ability to make others feel lighter and brighter in spirit when around him. He turned on the sun in the darkest room or moment. Some people just seem to pass through this life and barely turn a leaf. Rick left footprints on all hearts who truly knew him. His message with those footprints was surely, "Walk with humility, truth, and love for all whom you meet. Do it now. Life is short." By Barbara Fuller Rick's family invites you to attend Rick's 'Gathering of Remembrance' Sunday, Jan. 7th from 2:00 - 5:00pm at the home of Mary and Ted Skekel, 13520 Magnolia Way, Helotes, TX 78023. (210) 479-7572. Coming from IH10, take N 1604 W to the Kyle Seale/Hausman Rd. exit. Stay on the access road to Hausman (FM 1560) and then turn right. Drive to subdivision Helotes Park Terrace (after French Creek subdivision). Please call 210-479-7572 if you need the gate code.