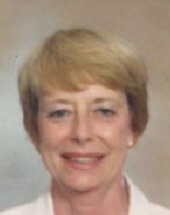 Carolyn E. Barnes, 78, of San Antonio, formerly of Port Ewen, NY passed away Wednesday, August 22, 2012 after a brief illness. She was born on June 9, 1934, in Kingston, NY. She retired from the Ulster County, NY Community College System in the early 1990's. She then relocated to San Antonio where she lived out her final years. Once in San Antonio she was employed part time by the Convention and Visitors Bureau. Even though she spent the last 20 years in San Antonio, she never lost her love for her birthplace, New York's Hudson River Valley. Carolyn was a "people person" with a lively, vivacious personality and an infectious laugh. She spent her free time enjoying her biking, volksmarches, and swimming. She also enjoyed the company of her extended family and her many friends She was preceded in death by her parents, Claude and Edith(Leverich) Middagh. She is survived by her brother Roy Middagh of Kingston, NY, son Brian Barnes and wife Edwina Post Barnes of Port Ewen, NY, son Carl Barnes and wife Ann Macfarland of Bergheim, TX, and grandchildren Todd Barnes and Shana Barnes of Port Ewen, NY. A memorial service is planned in Port Ewen, NY on Saturday, September 1, 2012. In lieu of flowers, the family requests memorial contributions be made to the charity of your choice.