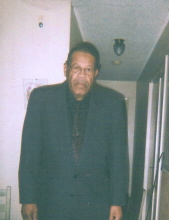 Charles E. Lee was born in San Marcos, Texas on December 15, 1939. God called him home on November 8, 2019 at 12:02AM. He was raised by his mother, Annie Frances Crayton, who preceded him in death. Charles grew up with two brothers and three sisters. As a young man, Charles moved to California where he worked for and met many famous people. He devoted thirty three years of his life as an employee of Frost National Bank. Many of his pastimes included playing dominoes, playing cards and watching westerns. But most of all, he was a huge sports fanatic who coached several sports teams. Charles took pride in helping people from all walks of life especially the less fortunate. He was a devoted husband, father and grandfather. He leaves to mourn, his wife of forty four years, Jerlene Lee and his children; Charles Gervin Lee, Albert Ray Clark and Kathy Adell Clark. He will also be mourned by his grandchildren, Dominique Clark, Ashley Arnold, Aeisha Arnold, jalen Lee, Kai Clark and Ezra Clark and three great grandchildren, his two sisters; Mary Harris and Betty Crayton. Though Charles is gone, he will never be forgotten.