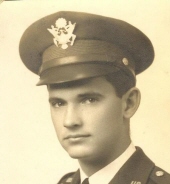 Colonel Charles Carter (CC) Williams (Retired) My beloved husband, our dear father and grandfather, and our good friend Charles Carter Williams passed away at University Health Center on 29 August 2009 following an automobile accident. He is survived by his devoted wife Francoise Williams, daughters Cheryl Williams, Diane Shiramizu, husband Takashi and grandchildren Ben and Stephanie, Linda Porter and grandchildren Brian and Rossi, stepdaughters Simonne Leal, husband Gus and grandchildren Aaron and Zoe, Jimena Castro, husband Alex, and grandchildren Phillip and Brandon. He was preceded in death by his devoted first wife of almost 50 years, Myrtle Frances Williams. Charles was born on 29 June 1920, the fifth of five children, four brothers, and one sister, to Walter and Alma Williams in the small town of Bonham, Texas. He began his college education at the University of Texas in 1938, but his studies were cut short when World War II changed his plans. One of his proudest achievements was serving his country as a fighter pilot. He joined the U.S. Army Air Corps in 1941, and finished flying training. To his dismay, he received orders for advanced training in bomber airplanes, but he managed to talk another pilot destined for fighter training to switch places with him, and graduated as a fighter pilot. He flew several combat missions in Alaska before being transferred to Europe where he first flew P-51's. He flew 87 combat missions in a P-47 nicknamed "Short Stuff: for his first wife Myrtle Frances Williams. On 8 September 1944 he was shot down while on a ground attack mission, and he spent the rest of the war in a German prisoner-of war camp. After the war, he was briefly discharged to finish his college degree at the University of Washington, and he re-entered the U.S. Army Air Forces in 1946. He continued on flying status; he loved to fly, and after a long tour at the Pentagon he served a tour of duty in Wiesbaden, Germany often referred to as "Air Force Paradise". His next and last tour of duty was as Assistant Comptroller General at Langley AFB, Tactical Air Command. Following a distinguished career he retired form the U.S. Air force in 1968, he took a position as Manager of the offices of Merrill Lynch in Frankfurt Germany. Eventually he returned to his roots in Texas to remain until the end of his life but he always remained active. He love to charm and entertain us with his many adventures form his exciting career. He had a long and happy life. A memorial service will be conducted at 11 am on 5 September 2009 at St. Francis of Assisi Catholic Church at 4201 De Zavala Road. Per his wishes, he will be buried with full military honors at Arlington National Cemetery where he will be laid to rest next to his first wife.