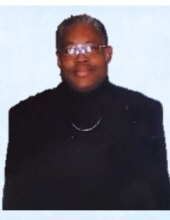 On October 12, 1941, a baby boy was brought into the world from the womb of Argather Titus and named Charlie Lee Allen in Freestone County, Texas. His father, Ozzie Lee Allen, had predeceased his birth. At the age of three, Charlie’s mother left this earth realm and Charlie fell into the loving care of three aunts. The family were farmers and owned land in the Tyler, Texas area where Charlie was raised and attended school. Farm life, formed his love for using his hands in growing food and raising animals. The vegetation that was grown was sold to the public as well as fed to the animals. This allowed Charlie to place in a 4H club agriculture competition with a hog that won for its healthy statue. To his first union, two daughters were created, Debra and Sonja Allen. Another daughter, Debra Allen Townsend was conceived and preceded him in death. Charlie was drafted into the United States Army on April 5, 1966, served this country during the Vietnam War era, survived, (not without scars) and was discharged in 1968. He then began his career with the Army Air Force Exchange Service, AAFES that spanned from 1968 to 1993 where he retired after 25 years, and collected various awards for timeliness and an excellent work ethic. On April 12, 1969, Charlie and Rosie Roundtree were joined in matrimony. Charlie Lee Allen, Jr. and A Renee Allen were products of this union. After retiring from AAFES, Charlie opened the Allen Tire Shop, servicing customers with his hands and wit, and then later working as a mechanic at his residence with Charlie Allen Auto Care. He loved working with numbers, so he was an avid game player of cards and dominoes. He was a private person, not a lover of change, and his military training made him a stickler of time. He was always early for appointments, a man of his Word, faithful to the task at hand, and of the belief, “You can know a person if you watch with your eyes and ears, keep your mouth shut, and eventually they will tell you who they are!” After giving his life to Christ, Charlie served on the NCCF Usher Board. He always prepared his attire for action the day before, gloves and pocket handkerchief were on point, and manned his post with fervor. He leaves to cherish his memory, his devoted spouse of 52 years, Rosie Roundtree Allen, children: Debra Allen and Sonja Allen Okoye of Independence, MO, Charlie Lee Allen Jr., and A Renee Allen of San Antonio, TX; three grandchildren: Jeremy Okoye, Amber, and Antonio White, Jr., and two great-grandchildren: Charles Lee Allen III and Dakarai Gatewood; brothers and sisters in love, nieces, nephews, cousins, and his beloved clients, church and work families.