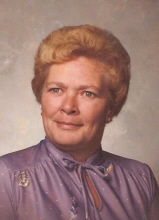 Charlotte Jeanette Kendall passed away at her residence in Seguin, Texas on Friday, December 28, 2007 at the age of 67. Charlotte was born on January 29, 1940 in Wills Point, Texas to A.D. Langley and Jewel Francis Angland Langley. Mrs. Kendall was a farmer’s housewife who enjoyed camping and spending time with her grandchildren. She is survived by her loving husband, L.Wayne Kendall; children, Dennis and Dale Kendall and Diana Kendall-Sullivan; brothers, Billy and Mike Langley; 9 grandchildren and 7 great-grandchildren. In addition, Mrs. Kendall was preceded in death by a son, Steven Kendall. At the request of the family, there will be no memorial service for Charlotte Kendall.