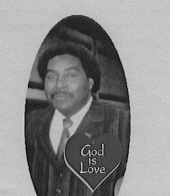 To anyone who knew him well, it is no surprise that it was a sunny day when Clarence B. Simpson was born on November 27, 1954 to the parents of Mr. Clarence and Mrs. Nona Simpson in San Antonio, Texas. Our beloved Clarence was blessed to have six brothers and four sisters. Clarence affectionately known as 'Bam' was considered a star player on the basketball team at Fox Tech High School. As one of the leading scorers in San Antonio, he was honored to be selected for the All City and All District Teams. Clarence had a special place in his heart for his teammates and coaches at Fox Tech. Not only a gifted athlete and scholar, he spoke Spanish fluently. Clarence united in Holy Matrimony with Gail C. Henry in 1976. They were blessed with three children and one grandchild. When Clarence was safely called home, he left a void in the hearts of his children, Paltina Simpson, Danetta Simpson and Vonetta Simpson: one grandchild, Alicia Donae Franklin all of Houston Texas; three sisters, Sarah Lee Kemper of San Antonio, Texas, Rosana Goodloe of Augusta, Georgia, and Stella Christine Wade of San Antonio, Texas; four brothers, Dr. O.C. Jones, Leroy Jones, Frank Jones, and Henry Jones all of San Antonio, Texas and a host of other relatives and friends. In Clarence's new home, he was greeted by his beautiful parents, and three siblings.