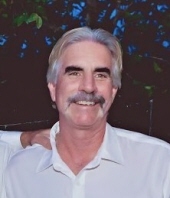 Dale Edward Johnston, 62, of China Grove, Texas was taken by the Lord on January 3, 2017. Dale grew up in the heart of South Texas, graduating in 1972 from H. M. King High School in Kingsville, and the University of Texas at Austin in 1976. He spent many years working alongside his brothers and father in their family owned restaurant business. Since the mid-1990s, Dale has operated his own business selling and marketing advertising specialties and printing. He is survived by his loving wife of 24 years, Sharlot (Stewart); sons Alex and Austin of San Antonio; daughter Heather of Michigan; his mother Rosemary of New Braunfels; brothers Russel (Kelli) of New Braunfels and Bill (Austin); and numerous nieces and nephews. He was preceded in death by his father, Eddie of New Braunfels; and his grandparents Sybil and John Johnston and Walter Pearl and J.C. Zaplac. Services are scheduled for Saturday, January 7, 2017 at 2:00 pm, Oakwood Baptist Church, 2154 Loop 337, in New Braunfels. If you wish, contributions can be made in honor of Dale's memory, and his love for his Savior Jesus Christ, to his personal charity of choice Ligonier Ministries at ligonier.org.