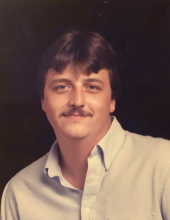 David L. Ray passed away October 14, 2019. He was born December 12, 1967 in Yreka, California to Linda Gale and Curtis Wayne Ray. He was known to many as the life of the party. He loved to grill and spend time with his family. David was always a hard worker and entrepreneur. After serving in the military, he served as a service supervisor for many years. He was also a dog lover and NASCAR fan, especially of Jeff Gordon. He will be dearly missed by his family and friends. David is preceded in death by his parents. Left to cherish his memory is his beloved wife, Verba Ray; children, Amber Ruddick, Michael Ray, Christian Ray, David Ray Jr., Marcus Ray and Kevin Ray; brothers, Curtis Ray and his wife, Trish, Brian Ray and his wife, Mary; six grandchildren; and numerous nieces, nephews, extended family and friends.