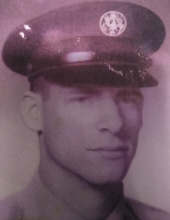 David Lewis Pike, 82, went to his heavenly home on Sunday, June 27th 2021. He was a beloved father, grandfather, great grandfather, brother, and friend to everyone. David was greeted in heaven by his beloved son Bruce Daniel Pike, beloved grandson Noah Enriquez, and beloved Mother and Father Eleanor and Lewis Pike. He was born April 16, 1939 in Boston Massachusetts where he had fond memories of playing sports such as hockey, football, and fishing. He loved clam digging and swimming in Boothbay Maine. David served four years in the Air Force - and in 1957, while stationed in Laredo, Tx, he met his wife Lisa Pike, mother of their six children: Kurt Douglas Pike (wife Sue Pike), Bruce Daniel Pike, Lisa Renee Pike, David Lewis Pike (wife Martha Pike), Jane Rose DuBois (husband Gary DuBois) and Eleanor Alice Enriquez (husband David Enriquez). David had 17 grandchildren, and several great grandchildren. He is survived by his brother John Pike (wife Jeanne Pike), sister Ginger Moller (husband Ed Moller), and his Uncle Robert Pike. David loved life, and the precious time he spent with his family. He always had a positive outlook, and enjoyed singing, dancing, and making everyone laugh. His beautiful spirit will be deeply missed by all of us. We will carry him in our hearts forever. Rest in peace Dad, we love you. David Lewis Pike will be honored for his service to the Air Force, and laid to rest at Ft. Sam Houston.