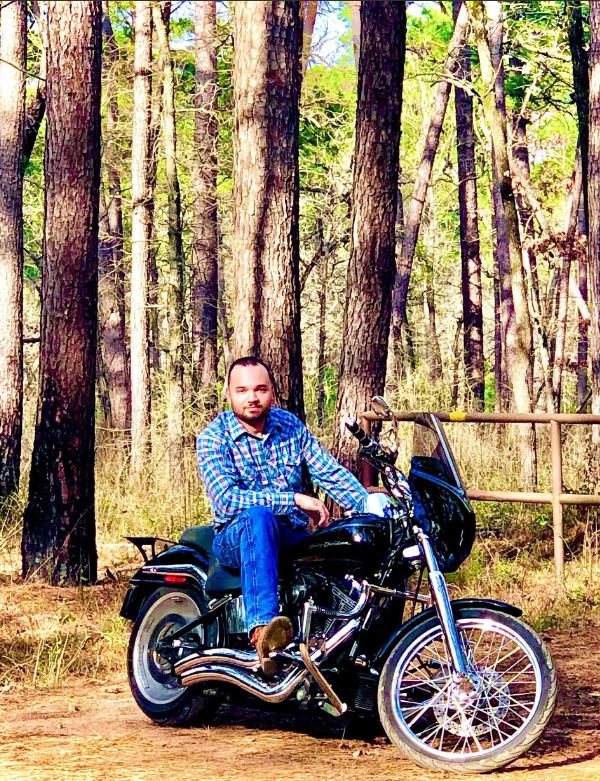 The day of December 19, 1993, God blessed Deborah Engel and Frank Williams Jr. with a precious baby boy, named Devon Andrew Williams, that would come to move and shake the ground he walked on. Soon following he was joined by his baby sisters Malari and Jessica who would give their brother their own name of “Bubba”, which would stick with him throughout his entire life.

Bubba was a very active child and took to percussion instruments from a very young age. As he grew, he became a member of the band at Legacy Middle School and led to become first chair within the East Central High School (ECHS) Drumline. Devon was very active in his secondary schooling years as he founded the Science, Technology, Engineering, and Mathematics (STEM) club at ECHS, and was an avid member not only to the STEM club, but also the Rocket and CyberPatriot clubs as well.

At a young age, Bubba, and the Williams Family Joined True Vision Church, where he found God for himself and was baptized by Pastor Michael Steve Brown. He remained an avid member throughout his childhood, adolescent, and young adulthood.

Graduating with honors from ECHS in 2012, Devon was the recipient of both an academic and band scholarship to attend the University of Incarnate word in pursuit of a Bachelor of Pharmacology. God guided him down a different path that led him to eventually moving to Houston, Texas where he joined the International Union of Elevator Constructors: Local 31 Chapter. Where he became a 4th year apprentice and enjoyed each day he walked into work. Devon always had a smile on his face when speaking about his Union and was excited to soon become a elevator mechanic.

In his free time, Bubba loved to modify and ride his motorcycles and just enjoy the freedom that he found on open road. Other times, you would find him spending time with his family and friends just hanging out and making memories. He found a home away from home at Legends RV Resort where everyone in the park knew of his smiling face and his free and fun personality.

On July 22, 2022, the Lord saw fit to call Bubba home to join his eternal family, where he now tears up heaven’s roads on two wheels. He was preceded in passing by his father, Frank Williams Jr. and his beloved Cousin Joni Linton. He is survived by his adoring mother, Deborah Engel-Williams and “his girls”, Malari and Jessica Williams.