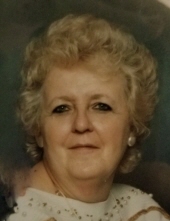 Dianna Jean Smith, 76 died June 15, 2019 in San Antonio, Texas. She was born on April 13, 1943 in Dayton, Ohio to Gerald and Alice Pierce. Dianna spent the first 32 years of her life in and around the Dayton area, moving to Texas in 1975 and settling in the San Antonio area. She was a police dispatcher for the Schertz and Alamo Heights Police Departments. It was at this time she decided to attend the San Antonio College Police Academy and graduated in 1979. She met George Smith that same year and they married October 1, 1980. Dianna received her Degree in Early Childhood Development from San Antonio College and operated a childcare facility for many years where everyone called her “Grandma.” She was a former member of Our Lady of Perpetual Help Catholic Church and donated her time at The Churches of Marion Food Pantry. Dianna is remembered for her spontaneous laughter, creating humor in any place, situation, or with any object. You either had to laugh with her or at her, bringing joy and tears to all around her. She is survived by her husband, George; sisters, Shirley Reed and Gail Gentry; children, Sam, Eric, Sherrie, Michael, and John; stepchildren, Dale, Todd, Dean, and Thad; grandchildren and great grandchildren. She was preceded in death by her parents and her daughter Jeannie. Friends will be received at the MeadowLawn Funeral Home on Wednesday, June 19, from 2 – 6 PM.