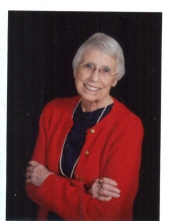 Dinah often joked about what her obituary would say. “None of that gone to be with the Lord stuff,” said Dinah, who often laughed that neither God nor the devil might take her. In truth, her faith and sense of humor were intricately woven. Dinah died on October 12th 2019 and those who love her know she is now with Jesus and with those she loved who preceded her. Dinah was born in Carrier Mills, Illinois, to Harry Andrew Tanner and Dottie Blanche Hart Tanner on December 3, 1930. The arrival of Dinah less than a year after her brother, Johnny Wayne, was born led to the two of them being affectionately known as “Johnny will” and “Dinah might.” Education mattered to Dinah. As a single woman in the 1950s and 1960s, she faced many obstacles but none of them deterred her. When she encountered anyone with a PhD who hesitated to be referred to as ‘doctor’, she would tell them they could call her “Double Masters Dinah” in honor of the Masters of Science in Physical Education (McKendree College) and the Masters in Counseling (Southern Illinois University) the she earned. She was a youth director and a sixth-grade teacher in Carrier Mills before packing her belongings and heading south to San Antonio in 1964. She first worked in vocational rehabilitation, serving four San Antonio school districts, but her love of counseling led her to the Alamo Heights School District, where she worked for twenty years as an innovative counselor. Years later, when asked why she was retiring, she said she wanted to retire while people were still asking “why,” not “when.” She continued to guide and support children and their families long after her official career ended. Dinah could not recall a time when going to church was not a regular part of her life and her love of God manifested itself in life-long service with Laurel Heights United Methodist Church. By the end of worship each Sunday, Dinah’s bulletin would be covered in notes that she would then share with those involved in worship that day. She always made you sound a little bit better than the original. These worship recaps, along with other poems and prose she wrote, were gathered into three volumes she published. Some of her writings were published by other entities as well. Dinah loved the outdoors and antiques, especially tea tiles. And her dad’s round spool chest that accompanied her as she made her way to San Antonio back in 1964 eventually ended up on Antiques Roadshow. Dinah is survived by her best friend of more than 50 years, Aleene Block, and a tribe of friends who were more like family. She is also survived by niece Lynn Ann, and her husband Jim Stonecipher of Bloomington, Illinois; nephew Chris Tanner and his wife Ann of Salem, Illinois; and nephew Brother Paul Andrew Tanner of The New Melleray Abbey of Peosta, Iowa. A Celebration of Life will be held on Friday November 1, 2019 at 10am at Laurel Heights United Methodist Church, 227 W. Woodlawn, San Antonio. Interment will follow in the Laurel Heights Columbarium which Dinah helped create. In lieu of flowers, please contribute to your church or favorite charity, in honor of Dinah and the life of love and service that she led.