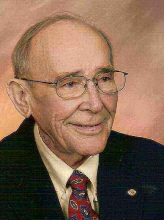 Donald Edward Brown, beloved father, grandfather, husband, brother, cousin, uncle and friend passed away on October 6, 2009 after a long battle with illnesses including renal cancer. He is now at rest in our Lord's hands. Don was born on January 21, 1927 in Salamanca, NY and often spoke of how he enjoyed this Americana railroad town and his upbringing with his seven siblings before WWII. Don served with the Navy Seabees in the South Pacific from 1943 thru 1946, after which he returned to Salamanca to work on the B. & O. Railroad until the outbreak of the Korean Conflict. He then joined the Air Force and served in both Korea and Vietnam. He subsequently retired from the United States Air Force in 1971. Don was preceded in death by his parents and five siblings, including his twin sister, Dorothy. He is survived by his loving wife, Lydia; two sons, Brad and Gary; daughter, Margaret; step-children, Thomas, Maria, Lydia and Stasia; four grandchildren; five step-grandchildren; two great-grandchildren; brother, Robert L. Brown of Fort Worth and sister, Alice Ervin of San Diego. His adopted Helotes will miss our token "Yankee" and veteran buddy. Special thanks to the U.S. Submarine Veterans in San Antonio for adopting our dear WWII Seabee as one of their own to honor those on perpetual patrol. You are invited to e-mail the family at tiamariageorge@aol.com. In addition, to leave a note for the family, go to www.meadowlawn.net and select Obituaries. Memorial donations may be made to Vitas Hospice, 8109 Fredericksburg Rd., San Antonio, TX 78229, or visit them at www.vitas.com.