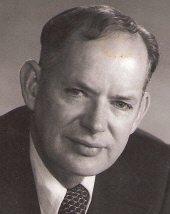 Donald W. Hobbs passed away on Sunday October 1 2006. Donald was born in Guthrie, Oklahoma on February 4, 1917. He worked with the Civil Service in Alaska during WWll. In 1960 he moved his family to Kenai, Alaska where he started his own electrical contracting business. They were in Anchorage during the 1964 Alaskan earthquake. In 1984 he won the Alaskan Democratic primary as a pro-life candidate for the U. S. Senate. After retirement in 1985, he moved to Oregon, California and then to San Antonio, TX. He was predeceased by a son, Gordon Hobbs of Lake Oswego, Oregon. He is survived by Montean Hobbs of Wasilla, Alaska and four children, Donna Hamilton and Larry Hobbs of San Antonio, Stephen Hobbs of Vancouver, WA., Rebecca Custer of Wasilla; 14 grandchildren and 15 great grand-children. To leave a note for the family, go to meadowlawn.net and select Obituaries.