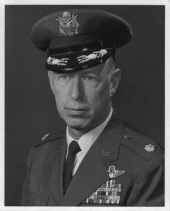 Earl was born on August 12, 1924 in Salt Lake City, Utah and passed away on September 3rd in San Antonio, Texas. An Air Force career of 31 years brought him much joy and success. As a pilot, he flew many different planes in many different missions, serving gallantly in both WWII and Vietnam wars. As a SANDY, he flew search and rescue missions with the 602nd Special Operations Squadron, based in Thailand and operating in North Vietnam and Laos, retiring as Lt. Col. Earl L. Trimble, Jr. Once retired, Earl enjoyed traveling with his wife, Mary, and their dogs, playing a round of golf at every opportunity. Upon settling in San Antonio, home ownership and all the many little tasks associated with it, brought him much entertainment, challenge and satisfaction, always, however, taking a back seat to any opportunity to 'swing the sticks'. Entwined throughtout his life, Earl had a passion for dogs, raising four fantastic Bouvier de Flanders, each of the garnering much success in the competitive arenas. He was also active in the Bouvier rescue program. Earl loved to entertain and brought smiles and laughter to many throughout his lifetime. His devotion to his wife, Mary, was absolute and dertermined as it was for his country, his childern and his dogs. Earl is survived by Mary, his wife of 34 years, his sister, Dorothy Trimble Freed of Salt Lake City, his daughter, Leslie Burket of St. Louis, MO and his grandson, 'R' Derek Burket of Boston, MA. A man of much courage, strength and wisdom, Earl will be missed by all who knew him. The family would like to express sincere gratitude for the special hospice care given by Vitas. In lieu of flowers, donations to Vitas would be appreciated.