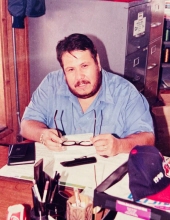 Edward "Eddie G." Gonzales or AKA King Rat. Born in San Antonio, one half block from Mission Concepcion on Theo Ave. He attended mass and religion classes until the age of 18 at the mission. He liked fast cars, women, fast food, and drinking Shiner beer in a glass full of ice. Eddie worked in sporting goods his whole life. He opened Lone Star Sports on Nogalitos St. from 1988 until retirement in 2005. He is survived by his wife, Rose, whom he met in November 1969 and are still together. Two daughters, Sellina and Dahlia and five grandsons: Ryan (Lalo), Charlie (Alligator), Edward (Junior), Sebastian (Kidd Guero), and John Anthony (Boy). Three sisters, Delia, Diana, Carmina and one brother, Paul. Eddie will be cremated as per his wishes. Rest pain free, Eddie.