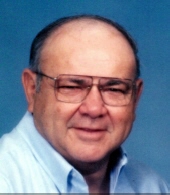 On August 13, 2005 Efraim C. Sepulveda went to join his wife Elsie and the Lord. Efraim was born June 30, 1932 in San Antonio, Texas and remained here until his enlistment into the Navy in 1950. Efraim retired after twenty-two years of service and was a veteran of the Vietnam and the Korean Wars. After he retired he returned to San Antonio. After moving to California once more, Efraim moved back to San Antonio in 1981. Efraim was preceded in death by his wife, Elsie P. Sepulveda; son, Efraim C. Sepulveda Jr.; father, Ernesto Sepulveda; and mother, Sostena Sepulveda. His brother, Ernesto Sepulveda Jr.; his four sons, Robert Sepulveda and his wife Rose, Michael Sepulveda and his wife Karen, Edwin Sepulveda, and Efrem Sepulveda and his wife Miriam; and three grandchildren; Reid, Eden, and Joseph, survive him. A visitation will be held Sunday, August 21st from 5:00 P.M. to 9:00 P.M. at MeadowLawn Tribute, 5415 E. Houston St. A Graveside Service will be Monday, August 22nd at 1:00 P.M. at Fort Sam Houston National Cemetery, 1520 Harry Wurzbach with military honors. In lieu of flowers please make a donation to Navy and Marine Corp Relief. To leave a note for the family, go to www.meadowlawn.net and Select Obituaries. Arrangements by MeadowLawn Crematory and American Mortuary.