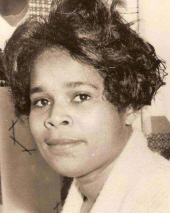 Eileen Elizabeth Buchanan was born June 7, 1938 to the late Ross and Henriette Owens-Boddy of Port Deposit, Maryland. She spent most of her early childhood in Maryland. She later moved to Philadelphia, Pennsylvania, where she attended Our Lady of the Sacred Heart, where she completed her education. Ms. Buchanan later received a certificate from the Oklahoma State Board of Cosmetology, which was her career for twenty-five years. She traveled to many countries and returned to her hometown of Port Deposit, Maryland for ten years, then retired to San Antonio, Texas to be with family and friends. She was a member in good standing with the Eastern Stars. She was preceded in death by her brother Eugene Hamilton Boddy and her daughter Celeste T. Howard. She leaves to mourn her passing, daughter Yolanda Hart; son Charles David Boynes Jr.; granddaughters Nikisha Burch, Kenlan I. Fernandez, Elizabeth M. Fernandez.; grandsons, Walter F. Fernandez, Christopher J. Hart, Nathan Grant; great granddaughter Nevaeh M. Fernandez; great grandson Brenden Burcg; extended family members; good friends, Iris and Marvin Newman and Kathi and Bill Merkil.