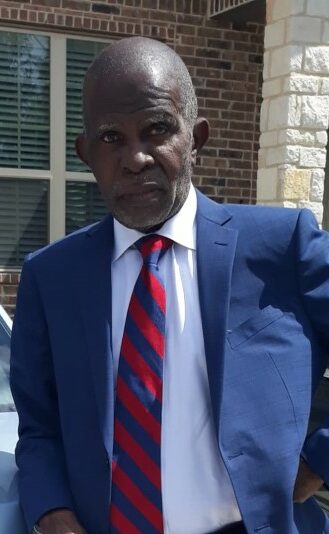 Engr. Prof. Godwin Ositadinma Chukwuma was born on the 12th of July 1947 as the first child of Mr. Timothy N. Chukwuma of Umuezempu ward Okeani village Oko in Orumba North L.G.A., Anambra State Nigeria. He passed First School Leaving Certificate Examination with distinction in 1960 at St. Gab’s Umuleri in Anambra State. During his secondary school education, he was a pioneer student of the former Anglican Grammar School Achi in Oji River L.G.A. Enugu State. To assist his father, a very devoted Lay Reader and Committee member of St. John the Divine Anglican Church Oko, the church started paying half of his school fees every term from his second year until he finished his secondary school education with grade one in WAEC in 1965. The church never gave a scholarship of this kind before or after this. In 1966, the East Central State Government introduced Civil Service Examination for taking people into government service. Godwin took the exam and came out in Division One and was served with a list of vacancies in government service. He decided to take the “Agricultural Assistant” position that led him to the School of Agriculture in Umudike where he passed 16 subjects with all A’s in December of 1967.

Godwin’s father had scheduled him in his second year in secondary school to read the Bible in the church which led him to start preaching in the English service at St. Stephen’s Anglican Church Umuahia under Rev. Akuwa. After his encounter with Jesus Christ, he started preaching salvation through Christ. Godwin received a federal government scholarship to read Agricultural Engineering, during his five years of undergraduate studies at the University of Nigeria Nsukka (UNN). In 1975, Godwin graduated with a second-class honors degree in the upper division and earned the award of the best graduating student in the department. Immediately after his youth service in 1976, he was called back to the department as a Junior Fellow. Godwin got married to the late Dr. Mrs. Fidelia C. Chukwuma (nee Nwoji) in 1976 from the family of Mr. Harold Nwoji of Ezira in Orumba South LGA, Anambra state. In 1977 received the United States Agency for International Development (USAID) scholarships for his Masters and PhD degrees at the Ohio State University Columbus, Ohio under UNN sponsorship. Immediately after his PhD in 1982, he

went back to UNN as Lecturer II and got promoted to Lecturer I in 1984. He became a Senior Lecturer in 1987 and a Reader/Associate Professor in 1997. While working in the ministry that God committed to his charge, his late wife was called to rest in 1999 as a Senior Lecturer in UNN and with her PhD in Educational Administration from Ohio State University in Columbus, Ohio.

When his department started in Nnamdi Azikiwe University Awka (UNIZIK) he was consulted to help establish the department. He then transferred his services from UNN to UNIZIK as a professor in 2007 and retired on July 12, 2017, at the age of 70 years.

In 2002, God comforted Godwin by giving him an encouraging life partner in Sis. Evangeline A. Chukwuma (nee Okechukwu) from the family of the late Mr. Charles Okechukwu of Umuezenwobu ward, Ezioko village Oko. They both established New Creation School (Nursery, Primary, Secondary) Zion City Agbani Nsukka LGA Enugu State where they have helped educate a community of young children with Jesus Christ as the focal point.

On September 3, 2022, it was the will of God that his faithful servant Engr. Prof G. O. Chukwuma had finished his work here on earth and was to return to his maker. Left to cherish his memory and carry on his legacy are his beloved wife, Evangeline Chukwuma; children; Timothy Chukwuma(daughter-in-law Linda Chukwuma), Victor Chukwuma (ex-daughter-in-law Ebere Chukwuma) and Esther Oturu (nee Chukwuma)(Son-in-law Dave Oturu). He has also been blessed with six grandchildren; David Chukwuma and Arianna Chukwuma, Tiffany Chukwuma and Jayden Chukwuma, Judah Oturu and Ziva Oturu and siblings; Wilson Chukwuma and Keziah Ifedigbo [nee Chukwuma].