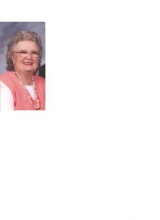 Gilda Wayne Ball was born on August 9, 1928 in San Antonio, Texas, to Hillmar and Ruby Pape, who both have preceded her in death. She was baptized when she was 13 years old at Beacon Hill Church of Christ. She was educated in San Antonio, Texas, graduating from Thomas Jefferson High School and attending one year at San Antonio College, where she met her future husband, Robert. She was a member at Grove Avenue Church of Christ, Houston Terrace Church of Christ, and Southeast Church of Christ. She served as church secretary/bookkeeper at Houston Terrace Church of Christ and as bookkeeper and alternate church secretary to Southeast Church of Christ for many years. "Nana," as she was called by her grandchildren, was a family member who we could always depend upon, whether financially or otherwise, even if it meant she went without. She leaves her devoted husband of sixty years, Robert J. Ball, to cherish her memory along with her children, Deena Lynn Pattillo, Russell Scott Ball, and David Earl Ball. "Nana" also leaves her five loving grandchildren, Paul Pattillo, Krislyn Pattillo, Mark Pattillo, Jennifer Ball and Jonathan Ball. She was preceded in death by a daughter, Laurie Beth Ball. Gilda Wayne went to sleep in the Lord's arms on February 7, 2009 in San Antonio. She will be greatly missed but we know she is in her heavenly home. "Nana's" Favorite Scripture Romans 1:16, 17 "For I am not ashamed of the Gospel of Christ, for it is the power of God to salvation for everyone who believes, for the Jews first and also the Greek. For in it the righteousness of God is revealed from faith to faith; as it is written, "The just shall live by faith." (NKJV) "Nana's" Favorite Song She loved The New Song, by C. C. Stafford, particularly the second stanza: The greatest joy that I have ever known is praising Him in song, I know someday when I have older grown, my voice will not be strong; But if good seed for Jesus I have sown, with angels I'll belong, They sing in heaven a new song, of Moses and the Lamb.