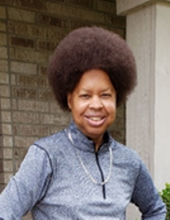 In Loving Memory Of Harold Edward Jeffery aka “Jeffery" or aka "Butch”
Harold Edward Jeffery was born to Harold Buyck Jeffery and Dolores Ann Smith Jeffery on April 3,1959 in Providence, RI. He was the second oldest of four children. He is survived by his older brother Kevin Jeffery and his wife Velma, sister Donna Hairston, and younger sister Sandra Jeffery. He is Uncle “Butch” to Dwayne Jeffery, Jeffery (JT) and wife Tiffany Hairston, Jazlynn and wife Lauren Hairston, and Brandon Barnes. He is also a grand-Uncle to Arianna Fowler and Jayla, Jordynn, and JeKobe Hairston. His last surviving Uncle is Donald Smith and his wife Joyce. Harold pursued an early interest in drawing, martial arts, boxing, dance, and played the electric guitar in a high school band at age nine. In 1978, he graduated High School in Inglewood, CA. After high school, he learned to play the tenor, alto, and soprano saxophones, as well as playing the grand and electric piano. He was a jazz music aficionado playing in jazz sets with some of the greatest! He was also an avid quad roller skater. In 2016, due to health reasons, he retired from his position as a Personal Banker and Small Business Specialist with Chase. Harold practiced Nichiren Buddhism and was a member of the Soka Gakkai. He also introduced his sister Donna Hairston to the practice. This was a pivotal unique bond they shared in addition to being the “middle” and “twin-like” children in the family. He was a loving brother and friend. The kind of person Harold was can be summed up in his own words, as stated in his senior high school memory book.“I respect my friend and fellow classmates. I love expressing myself mentally to everyone. I love to see people smiling and loving each other.”
May his kind and compassionate legacy live on in the hearts of those who loved him! The Jeffery & Hairston Family