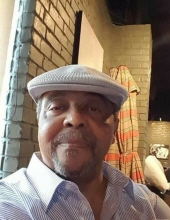 Harry Gilbreath was born on December 4, 1949 to William and Tommie Gilbreath in Nashville, Tennessee. He’s an alumnus of Pearl High school. He continued his education at Columbia State Community College and Tennessee Vocational Trade School. He dedicated his talents and efforts in his professional career by serving our Nation in the United States Navy from 1970-1979 as an aircraft mechanic. With that same passion, after his military service, he furthered his career in aircraft mechanics at Beech Aerospace, Ratheon Aerospace and finally Bell helicopter from where he retired. Harry was well known by his loved ones as a fun, no non-sense type of guy that could fix anything! From repairing vehicles, airplanes and helicopters, to building model cars and wood furniture Harry definitely used his gifted hands and knowledge in mechanics and for his talent, his wit, his direct approach in life- he will forever be remembered for. Harry leaves behind his sisters Willette (Margo) Gilbreath, Yolanda Turner, Jeanie Turner, Janice Savage to cherish his memory.His neices Sillia and Marquita Savage along with his nephew Benjamin Turner who infectiously called him ”Uncle Harry” will forever be grateful for the life lessons and his guidance. Harry will forever be in our hearts and for being such an integral part of the family we are grateful to God for sharing Harry Gilbreath with us all!