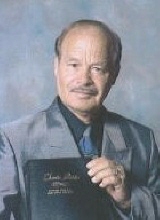 The Reverend Ignacio E. Romo, Sr. was born to Preciliano and Julia Romo on February 23rd, 1933 in Beeville, Texas. He has four siblings, Seferina Silva, Olivia Benavidez, Preciliano, Jr., and Lydia Montoya and several beloved step brothers and sisters. He married Tavita Salinas on July 22nd, 1951. They were married 53 years. They had 13 children, including 3 sets of twins. 3 children have gone on to be with The Lord; Lazaro, Martha and Elias Romo. The ten remaining children have gone on to marry and they are listed below with their spouses in age order; Maria M. Garza and her spouse Robert. They have 2 children; Elizabeth and Robert, Jr. They also have 4 grandchildren; Amber, Michael, Destiny and Robert III. Richard Romo and his spouse Socorro. They have 3 children; Stephanie, Richard Steven and Jennifer. Gloria Gonzales and her husband Ramiro. They have 4 children; Tabitha, R.Isaac, Joshua and Jonathan. They also have two grandchildren; Angel Rodriguez and Alexandra Rodriguez. Sylvia Silva and her husband, Hector. They have 3 children; Gabriel, Tanya and Isaiah. They also have one grandchild, Gabriella. Angelo Romo and his wife, Maryann. They have three children; Priscilla, Angelo, Jr., and Timothy. Angie Calbillo and her spouse, Celestino. They have 3 children; Moses, Jacob and Rebecca. They also have 3 grandchildren; Ethan, Kayla and Christian. Ignacio Romo, Jr., and his wife, Brenda. They have 2 children; Linda and Aiden. Eliseo Romo and his spouse, Isela. They have 2 children; Jonathan and Tabitha. Frances Laija and her spouse, Ruben. They have 3 children; Crystal, Israel and Jeremiah. Darlene Lopez and her husband Ray. They have three sons; Josiah, Emmanuel and Caleb. Bringing the current total of grandchildren to 28 and 10 great grandchildren. Pastor Romo was a knowledgeable man and a talented singer. He loved God's Word and encouraged his children to do the same. His jokes and sense of humor made difficult and long days so much easier to endure. His battle with diabetes was long and painful yet he continued to encourage the congregation to continue serving The LORD no matter what circumstances they were in. During his last year it became increasingly difficult for him to preach yet he insisted on attending church regardless of his failing health. His wife, Tavita Romo, has been at this side the whole time. She truly is a virtuous woman in every wsy. She stood by his side 24 hours a day caring for him, only The LORD knows the extent of her sacrifices but we want to thank you, Mom, for being a wonderful example to us all; you truly are the best. The day before his death in I.C.U., unable to speak and in great pain, he managed with great effort to lift his arm and hug our mom as his last gesture of love and great appreciation to her. It truly was an ending that we will cherish forever. We will miss you, dad, in many ways that we cannot even foresee now but we will hold on to the truth that one day we will all be together again worshipping the King of Kings and the Lord of Lords who is to be praised forever and ever. Amen. The Reverend Ignacio E. Romo, Sr. was the Founder and Pastor of: Emmanuel P. Church 1510 Menchaca San Antonio, Texas 78207 Special thanks to the congregation of Emmanuel Church and also a very special thanks to Brother and Sister Hernandez and Maria Rivera for their wonderful friendship and faithful support to Pastor Romo over the last 30 plus years. You are all family to us and we love and appreciate you very much. Please sign our online guest book and we thank you for all of your wonderful and encouraging words.