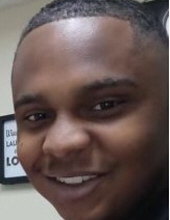 Isaiah James Sullivan aka Zaiah was the fifth child born to Robert Sullivan and Karla Stevenson Sullivan on January 10, 2005, the baby boy. He was named after the prophet Isaiah and his great-grandfather, James Robert Smith and his uncle James H. Glasco. He attended schools in the NEISD, Southside ISD and the George Gervin Academy. Isaiah also attended Antioch Missionary Baptist Church and participated in the Youth Usher Ministry and the Rights of Passage program as a small boy. Isaiah was an easy going, casual kind of child, most would say he was a mama’s boy, never staying away from his parents or siblings for long. He loved his family and extended family. He could be a quiet guy but loved to engage in conversation with adults he liked, he trusted people, he looked for the good in them. He didn’t mind working for a little “change” to buy snacks. As most kids he loved playing games and his cell phone which was constantly broken. He loved shooting hoops, sometimes for hours at a time, until he was a sweaty mess. Isaiah especially loved being an uncle, his niece Lailah would make his eyes sparkle. His best friends were his siblings and cousins. He had a special bond with his grandparents and great grandmother. He made each grandparent feel like he or she was the best, his love of family was unconditional. Isaiah was preceded in death by his grandfather, Ohara Jack; great-grandmothers, Marguerite “Tina” Smith and Hattie Louise Valdez and great-grandfather, James Robert Smith and William C.Steele. Isaiah is loved by his parents, Robert Sullivan and Karla Stevenson Sullivan; siblings, Arttravia “Tootie” Stevenson, Jhailah Sullivan, Robert “Bubbie” Sullivan and Bre’Ana Sullivan; aunts and uncles, Star Stevenson and Sahara Jack, Brandon Jones, John Sullivan and Kelley Thomas; grandparents, Karen Stevenson, Sharol “Sherrie” Curry and Johnny Sullivan and a huge host of cousins and extended family to include the Wheeler clan, the Jones clan, the Blackwell clan, the Jack clan, the Smith clan, the Anderson clan and the Glasco clan.