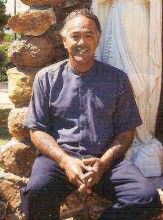 James Cervantes passed away on Friday, August 22, 2008 at his residence in San Antonio at the age of 54. James was born on December 20, 1953 in San Antonio to Valentin Cervantes and Frances Navarro Cervantes. Mr. Cervantes is preceded in death by his father and by two brothers, Robert and Frank Cervantes. He is survived by sisters, Sonja C. Ramirez and Lamar C. Rosas; brother, Victor Cervantes; children, Michael and Raymond Cervantes, Lea C. Chavarria, Angela Cervantes and Donica Torres. Visitation will be held from 5:00 PM to 8:00 PM on Wednesday, August 27, 2008 at St. Patrick's Catholic Church, 1114 Willow, with a rosary scheduled to start at 6:00 PM. The Funeral Mass will be held at 11:00 AM on Thursday, August 28, 2008 at St. Patrick's Catholic Church.