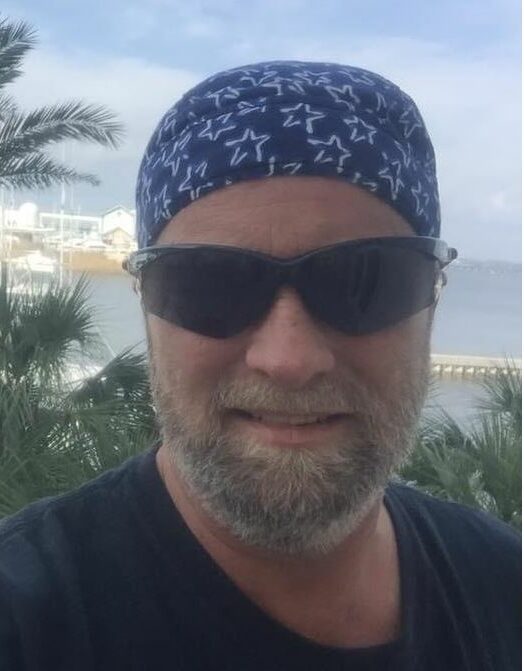 James Edward Kelly was born in Biloxi, MS on September 8, 1966 to Jerald Bosarge and Pamela Polk, and entered eternal rest on June 1, 2022.

Jim was a jack of all trades. He was a door technician for many years, specializing in the installation and maintenance of doors and other entryways. He was a gifted carpenter who would succeed in whatever he would put his mind to. Jim was also a very talented musician. He loved listening to music, playing the drums and recently started to learn how to play the guitar.

Jim is preceded in death by both parents, as well as his beloved Aunt Inez and Uncle Harry. He is survived by his wife and love of his live for over 13 years Monique, son Diondrick, daughters Veronikah and Stephanie, brothers Kevin Kelly (Regina), Donnie Bosarge (Becky), and Toby Bosarge (Nancy). He is also survived by his step-mother Andrea Bosarge (Alan), Aunt Melba Smith, grand-daughter Sophia, nieces, nephews and many other family members and friends that he loved dearly.

James leaves behind a life and legacy that will not be forgotten. Memories of him will be cherished by friends and family for many years to come.